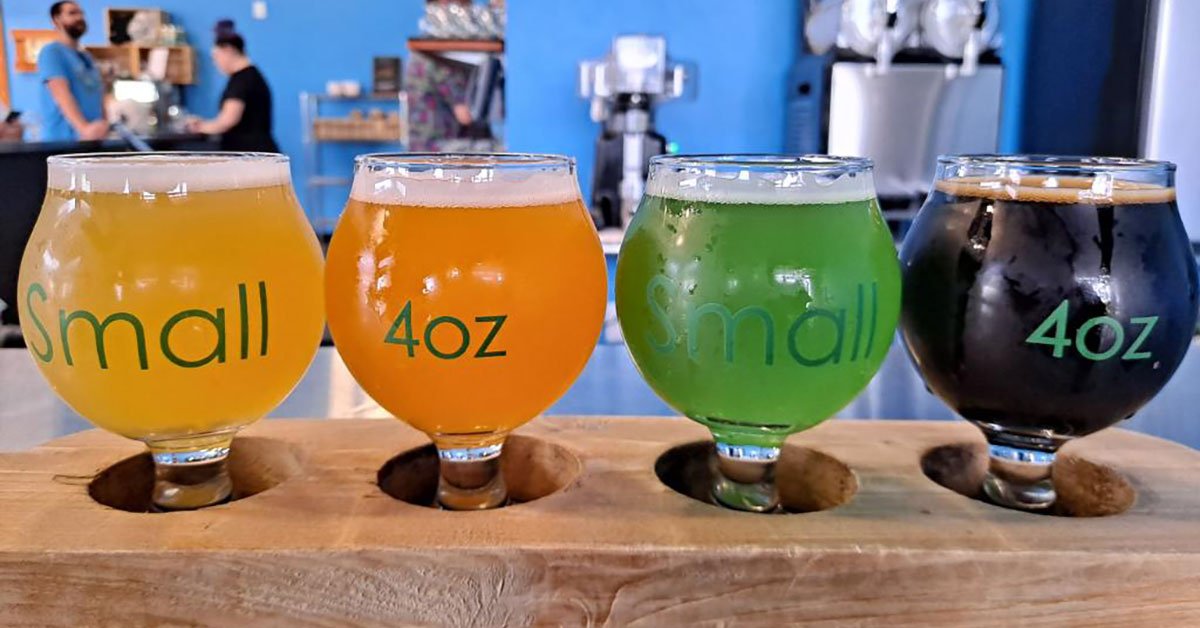 When it comes to quality and consistency, Ellipsis Brewing in Orlando is one of the best breweries in Central Florida—and beyond. It’s remotely located in a business/industrial park a little of Semoran Blvd. (436) near the Orlando International Airport. This isn’t a place you’d ever stumble upon accidentally. But if you’re a fan of craft beer, you’ll definitely want to turn on the GPS and get acquainted with this microbrewery.

If you’re a fan of IPAs, this is bound to become a favorite place to drink in the city. Ellipsis Brewing specializes in IPAs, and New England-style IPAs in particular. While it’s certainly not all they do, various types of house-brewed IPAs generally account for close to half of the 15 taps.

Again, Ellipsis Brewing in Orlando is sort of a local Mecca for IPA lovers—especially New England-style IPAs. But there’s always several more styles to choose from too, and they’re always reliably high quality.

The taproom generally has some sours on draft, and their sours tend to be sweetened quite a bit compared to sour beers from other breweries. This makes them considerably more approachable for people who haven’t quite developed a taste for this style. The stouts are consistently amazing as well.

The beers available at Ellipsis Brewing rotate relatively frequently. So, it’s hard to recommend specific brews with a lot of confidence that they’ll be there when you visit. You can find their current beer selection here on Untappd.

I Citra U Not is an imperial double New England IPA that’s often available, and it’s great. If you catch Dinosaur Chaps on the menu, definitely try this Russian imperial stout. Just keep in mind that, as imperials, they’re pretty high in alcohol content, at 8.7% and 11.2% respectively.

Raid Wipe is an especially tasty NEIPA on tap as of this writing. And, for something different, there’s another one there now called Creamsicle Milk District that’s totally delicious and really does taste very much like a creamsicle. There’s currently a key lime sour Berliner weisse called Southernmost on tap too that’s highly recommended if you’re interested in having a sour, and this one is not as sweet as many of the other sours Ellipsis makes.

We recommend sampling several beers with a flight. There are bottles, cans, growlers, and crowlers available to go, too.

Ellipsis Brewing in Orlando is in a large, open, warehouse-style space with high ceilings. It’s a pleasant but fairly minimalist environment. There’s no outdoor seating, but there are plenty of well-spaced tables throughout the spacious facility.

It’s worth noting that the brewery doesn’t serve food, and—unlike at most breweries—there aren’t any places to get food immediately by the taproom. Sometimes there’s a food truck outside, but you might want to have a meal before heading over if you’ll be there at mealtime.

There’s ample space for a private event if you’re interested in hosting one at the brewery. Get in touch with them to inquire about availability and pricing.