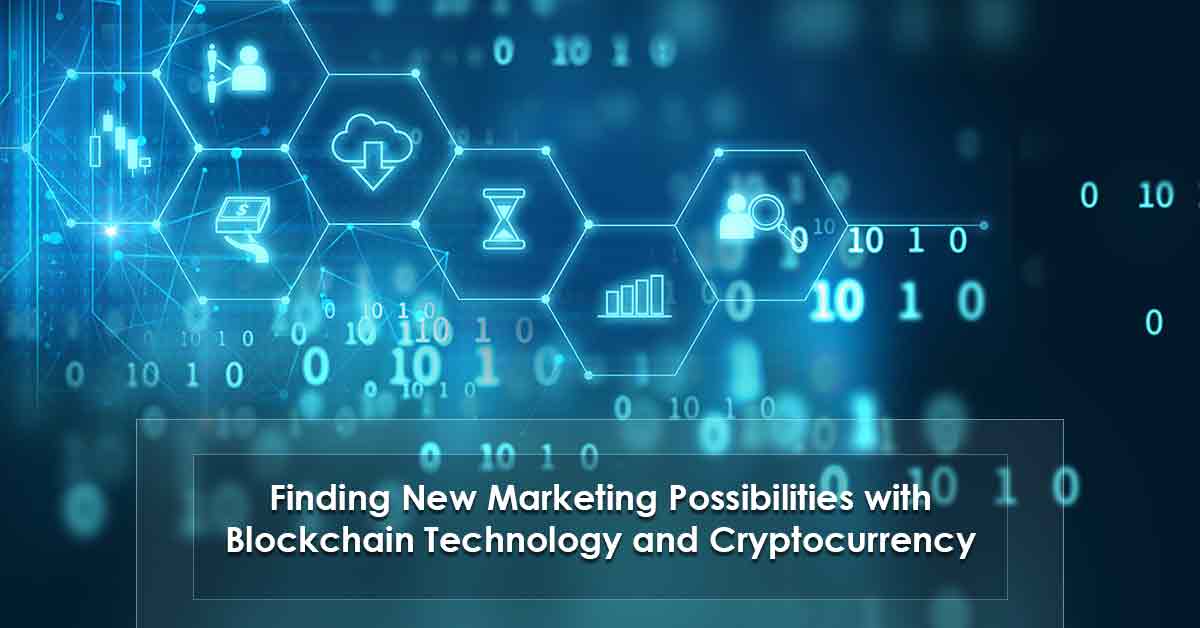 Ultimately, the best marketing and branding efforts are all about reaching and connecting with your tribe. The internet has revolutionized the way it works, making it possible for people and organizations to interact with consumers beyond the realm of geographical limitations. Social media sites in particular have played a huge role in connecting brands and their fans in recent times.

As social media marketing platforms have become more saturated though, it’s become more difficult to stand out. And as a result, brands are having to invest increasing amounts of advertising dollars into being seen by their target audiences. Social media is still a powerful digital marketing tool, but it looks like we’re seeing the next big player come along.

We’re talking about websites and apps offering new marketing possibilities with blockchain technology and cryptocurrency. Already, they’re changing the game for some types of personal brands like musicians and other artists. They’re helping artists reach new fans among another shared tribe that’s still new but quickly growing: the early adapters of cryptocurrency.

What Is Blockchain Technology?

Without getting too technical, blockchain technology is basically a digital system of record keeping that’s far more secure against deletion or tampering than the systems that precede it. Blockchain technology permanently records blocks of information to create an open ledger shared across a peer-to-peer network. None of the data can be altered without changing the entire record with the permission of all parties involved.

Cryptocurrency has had an interesting start. Bitcoin is the most familiar name in virtual currency, but there are many types. The values of cryptocurrencies have fluctuated wildly so far, with big swings in investor interest and confidence. Some regulation will certainly be needed in the near future to hep standardize and stabilize things in the digital money market.

But it seems safe to say that cryptocurrency is here to stay. Already, early adapters are enthusiastic about its potential for more secure transactions and better-protected privacy. And new web-based business models are already capitalizing on this group, as are personal brands.

No doubt e-commerce with cryptocurrency will start catching on soon too, thanks in large part to the increased security and privacy made possible by blockchain technology. Businesses that sell products and services online should definitely be keeping an eye on this.

An Example of Marketing with Blockchain and Cryptocurrency

There’s a music streaming platform called Choon that’s changing the way musicians reach new fans and earn for their work. It runs on blockchain technology, which facilitates simple, secure contracts between the site and the musicians who upload tracks, as well as cryptocurrency transactions (the only way to pay and get paid on this platform). Middle-men like record labels and lawyers are not involved.

This music streaming service allows artists to get paid for their music in its own cryptocurrency, called Notes. Users pay in Notes to listen to tracks, and artists get a large percentage of each payment. Similar music streaming services like Spotify and Soundcloud don’t let musicians earn when their songs are played.

Now, there’s a big caveat here: Choon’s Notes don’t have any real monetary value yet. However, they’re working on making Notes exchangeable on the Ethereum cryptocurrency platform. When this happens, Notes will have actual value.

Yoyo Valero, a DJ from Miami and—full disclosure—brother of two CREATE180 Design employees, has been experimenting with Choon. He’s excited to be accumulating earnings on the site, but more importantly, he’s being discovered by people who never would have found him otherwise.

One track he recently uploaded, a song called “Shapes,” quickly garnered around 1,000 plays by people all around the world. That’s no easy feat for an unknown musician. And Yoyo earned about 4,000 Notes for this. Again, it’s the exposure he’s after, but he appreciates that this should translate into earning some cash for his work soon down the road—something else that’s difficult for unknown artists.

The Future of Digital Marketing

Blockchain technology and cryptocurrency undoubtedly have a prominent place in the future of e-commerce and digital marketing. How it’ll all play out is hard to predict. But right now, new opportunities to reach new audiences and make some money are emerging for people like musicians and painters who have a personal brand and products to sell. The possibilities are especially exciting because it’s connecting artists to fans who also share common ground for being among the early adapters of cryptocurrency.

These opportunities are sure to multiply quickly. And they’re sure to diversify so that businesses and brands across all industries can take advantage. Watch for more developments!

Keep up with the future of digital marketing!