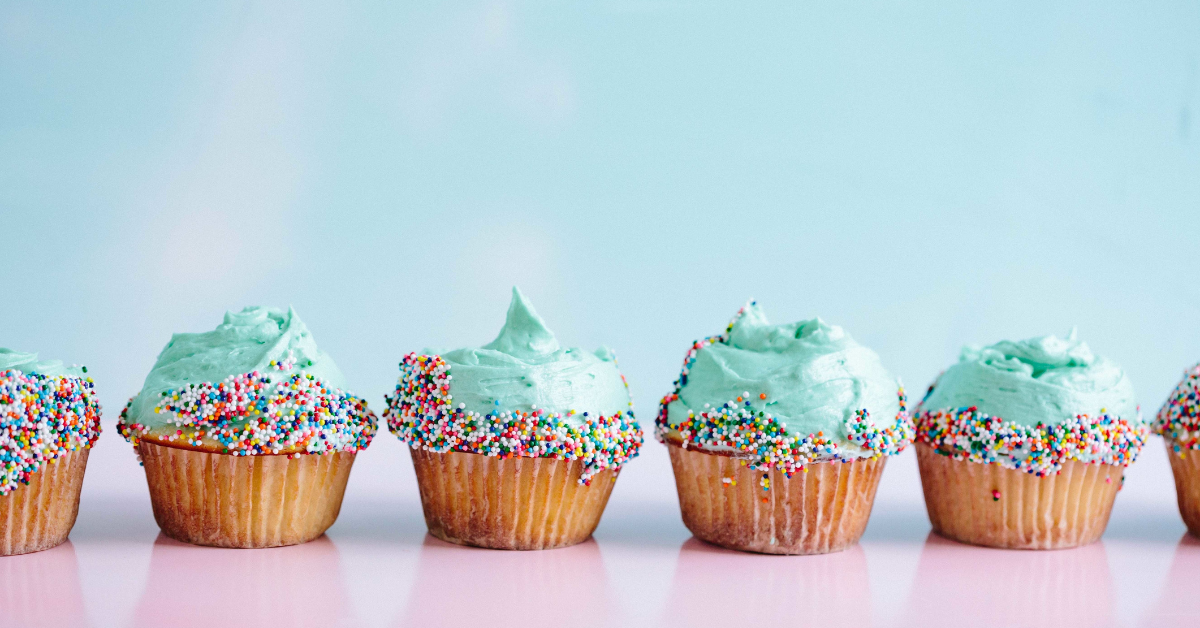 Audubon Park is an up-and-coming neighborhood located just south of Winter Park, north of the Milk District, and west of Baldwin Park. It’s home to many great restaurants like Domu, coffee shops like Lobos Coffee Roasters, bars like Redlight Redlight, and stores like Park Ave CDs. Most importantly, it has become a mecca for desserts and pastries in Orlando. If you have a sweet tooth, head to Corrine Drive and try all of these treats!

A “dochi” is an American fried donut made with a Japanese rice cake called mochi. These donuts have a unique ring shape, making them easily torn apart to be shared. Dochi Donuts went from a pop-up tent in 2018 to a small storefront on the second floor of East End Market and has since expanded to a location right at the front of the market. Every location is locally owned and operated, with four other locations nationwide, including one in the Mills District!

They have over 15 flavors that rotate periodically, but you can always count on these flavors being available. Unless they sell out, of course!

Gideon’s Bakehouse was inspired by the bakery’s creator Steve Lewis, who purchased an antique cookbook from 1898 owned by a young aspiring baker named Gideon. The bakery initially had one goal: to make an extraordinary chocolate chip cookie. After 15 years and thousands of test batches, Steve opened their little 286-square-foot Audubon Park space in East End Market in 2016.

Their handmade cookies are massive, weighing at almost half a pound each, and are extraordinary indeed. The bakery has found immense success, with lines going out the door every morning. They have received dozens of awards like Orlando Sentinel’s “best dessert in Orlando” award and Boston Globe’s “best place in the world to get cookies.” In 2020, they even opened a beautiful flagship store in Disney Springs. While the original chocolate chip is a must-have, they also have coffee cakes and many other cookie flavors, including:

Kelly and Scott developed their passion for ice cream when Kelly picked up a part-time job scooping ice cream while in nursing school. They started making ice cream and took their iconic pink-and-white food truck to local farmers’ markets. After much success, they opened their first shop in Audubon Park in 2015. Now, they have six scoop shops in Central Florida and eight ice cream counters operated by Foxtail Coffee.

Kelly’s Homemade Ice Cream produces all of its ice creams and sorbets in-house with the freshest ingredients. With over fifteen flavors, including non-dairy options, you’ll be sure to find something you love.

P is for Pie Bake Shop

P is for Pie Bake Shop is a small-batch artisan bakery specializing in pies, cakes, cookies, cinnamon rolls, and everything in between. Owners Stacey and Ed founded the bakery with the vision to make everything from scratch with natural, seasonal, and local ingredients. Their pies offer a modern twist on classic American desserts and are absolutely delightful. Fair warning: they sell out fast!

Originating in 2015 as a pop-up shop, The Salty Donut has expanded to several locations nationwide in cities like Miami, Austin, Orlando, Charlotte, and more. Owners Amanda Pizarro and Andy Rodriguez dreamed up a community gathering space centered around donuts, coffee, and good vibes. These brioche donuts are light, fluffy, and packed with delicious flavors including:

They also offer vegan options and donut holes if you’re not hungry enough for one of their huge donuts. Don’t miss their collaboration with 4Rivers Smokehouse: a 24-hour-baked brioche kolache filled with brisket burnt ends, chopped onions, and cheese.

Sugar Dough was founded by husband-and-wife team Yixi Qiu and Wen Pan with the help of brothers Jimmy and Johnny Tung. This shop is a sister concept to Light on the Sugar, a local bakery with instagrammable pastries and cakes. The Audubon Park bake shop is in the space formally occupied by Blue Bird Bake Shop and specializes in fresh Asian-inspired French pastries, house-brewed coffees, and fresh fruit teas. Enjoy a large variety of pastries including Japanese milk bread, croissants, danishes, cookies, egg tarts, cruffles (croissant and waffle hybrids), and more.

What was once a food truck you had to hunt down to get your delicious treat is now a tiny storefront at East End Market (Dochi’s old location). Wafu serves taiyakis, which are Japanese-style waffles made with sweet or savory fillings. They have several traditional flavors, as well as some options that are more familiar to American tastebuds. Don’t forget to sample one of their drinks as well! With Yuzu soda, teas, and matcha lattes, there are many options to choose from.